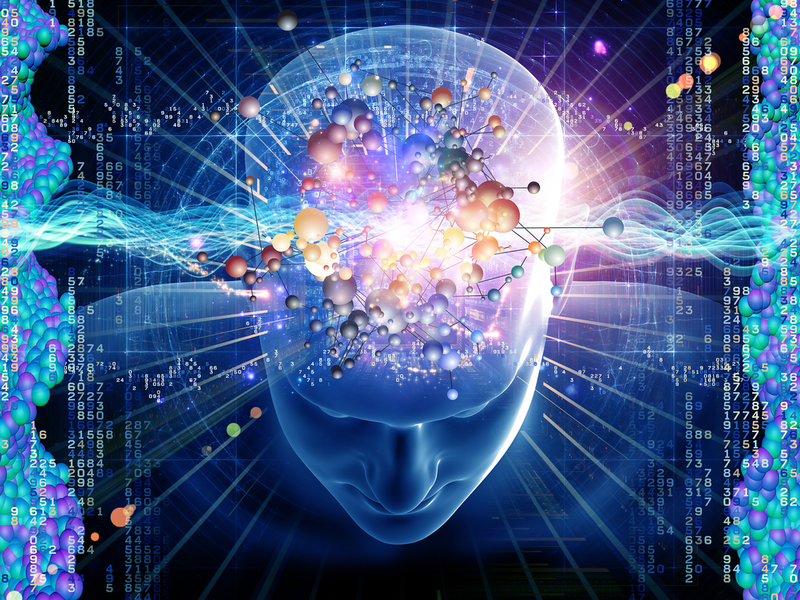 For many millennia, the psychic gift has been known as something mysterious, distant, unreal, even frightening. Most individuals rarely, if ever, come in contact with psychic phenomena. Largely, this is due to their early education, a structured belief system that is primarily based on concrete, left-hemisphere-centric mathematical vision of the world. Children are often capable of experiencing something beyond what their 5 senses tell them, but parents, religious influences, and society at large tend to suppress these abilities.

Psychics are seen as charlatans in modern society and, frankly, not without reason. Psychic advertisements are pervasive on the internet, promising love, money, a trouble-free life. Real psychics make no promises. They aren’t offering change, all they can provide is information and, optionally, support. The change is not up to them. They keep a low profile, they do not look very different from other people, and they rarely promote themselves. They just do their job, and clients that truly need their help will always find them.

That said, there are quite a few well-known historical figures who were known to possess extrasensory abilities.

In the United States, one of the most well known examples is Edgar Cayce, also known as the “Sleeping Prophet”. He performed 14,306 readings with an estimated 85% accuracy rate. A large library of his reading transcripts is available in a Virginia museum, still a source of inspiration for many.

Robert Monroe is another example, most famous for establishing the “Monroe Institute” in Virginia, with emphasis on the study of Out-of-body experiences.  As a scientist, he brought a highly structured, experimental approach to the study of the world beyond the physical. His books have inspired many to explore that which lies beyond the confines of the ordinary mind.

Ingo Swann helped develop the process of remote viewing at the Stanford Research Institute in experiments that caught the attention of the Central Intelligence Agency.

Baba Vanga, born in Bulgaria became blind at an early age but developed remarkable inner sight that brought her fame throughout her country and around the world. Even Presidents consulted with her on multiple occasions.

Wolf Messing was a psychic, telepath and hypnotist. He was born in Poland and did a significant amount of work for the Russian Government during World War II.  He correctly predicted details of Hitler’s defeat.

Most countries employ psychics in their military and police forces. These individuals do not advertise their work and focus on helping governments locate dangerous items and stop terrorist attacks, although is it reasonable to suspect that psychics may be used in espionage. Some information about these projects can be found with some effort, while much remains confidential, both because it is unpopular in the modern scientific mindset and because exposure can be dangerous to the psychics.

What is psychic phenomena? 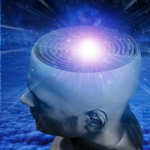 We can describe it as an ability to see, feel, hear, taste or simply “know” something that can not be picked up through the five major human senses. Scientists tell us that most people only use 10% of their brain capacity, but individuals who demonstrate superhuman abilities tend to have some areas of their brain more developed than other people. Young children usually perceive the world as an integrated, interconnected continuity. At a certain age, the little bridges that connect sensory input break down, and we begin to perceive everything as discrete external objects, entirely unrelated to each other. It is therefore reasonable to say that psychic ability is not something we attain but something we learn to forget.

Psychic children are those with above-average sensitivity, able to experience the vibrational matrix behind dense physical reality. Most of them remember being surprised that people around them cannot perceive the same thing. They are able to see the souls of their deceased relatives, they can tell that someone is lying to them, they can feel the pain of animals and even plants, they see the sadness hiding behind the smiles around them. 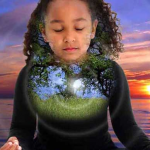 Only a minority of these children retain these abilities into adulthood, primarily because people in their lives convince them that it is all a product of their imagination, and they need to focus on the “real world”. At that point, there are two possible outcomes. Some children realign their perception to match that of their peers, while others fight back and stubbornly continue seeing the multidimensional reality that is all around us, refusing to become “Slaves” to the ever hungry “Machine” of the status quo.

People who continue developing their abilities are those who see it as an exciting pursuit, regardless of the amount of effort. For them, tuning their sensory perception, almost like tuning a piano, allows them to live a fuller life, providing them with an opportunity to play this “instrument” to its highest capacity and not settle for the limited state of consciousness.

On this topic I highly recommend a little-known French movie named Green Beautiful.

In my opinion, the importance of ethics cannot be overstated. For some time I was very hesitant to write this article, simply because I understand that some people would like to develop special skills just for their own ego gratification. Many people assume that someone with a “paranormal” ability is necessarily highly evolved, but this is not so.  It is possible to develop an ability without becoming a compassionate person. Fortunately, the reverse is also true, and many spiritual schools consider personal (and ethical) maturity to be far superior to any ability.  To draw a pop culture parallel, Yoda is on the side of ethics when he advises Obi-Wan against teaching Anakin, since the future Darth Vader lacks a solid moral foundation and emotional maturity.

Let us take a sober look at the consciousness level of our contemporaries. Most people, to varying degrees, are angry, cruel, sad, vengeful, and many cultural and ethnic groups continue to carry resentment from past generations of suffering. These are normal qualities on the path of personal growth, but that does not make them harmonious or beneficial to the world. Let us imagine that these people suddenly attain the ability to directly influence reality. What do you think would be the first thing that they will do? This way of life is not what we would want in the next evolutionary stage of humanity! If we all become psychic today with the level of consciousness that we have now, we will destroy this planet in a day, simply due to lack of an ethical foundation.

This is why that which I would call “True Spiritual Knowledge” has always been kept hidden, disclosed and practiced only in private circles and secret societies. I feel that even to this day, most of this information remains hidden from the public eye, waiting for the global consciousness to grow up. 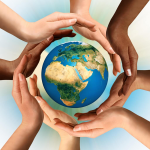 While becoming an ethical being is the long-term destiny of all, those that intend to develop the broader vision of a psychic take on a much greater responsibility.  It is important to walk with compassion, love and peace in our hearts, to drop this heavy baggage of grievances that we carry with us everywhere we go, thinking that we are somehow entitled to share it with the world! What we are actually doing is spreading dense, chaotic energy of violence and suffering all over the planet, perpetuating old stories that could have been put to rest long ago.

Let’s take Tibetans and many indigenous people around the globe. They have suffered greatly from various cruel actions of others, but many of them can still live with love and compassion in their hearts, praying for Peace, Compassion and Equanimity. Feel the essence of this Tibetan prayer: 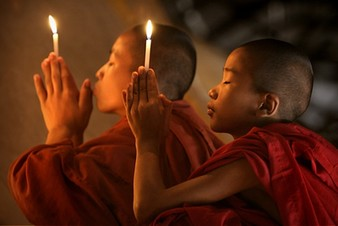 I feel that it is important to connect to our hearts, our Soul, to see nature as Sacred, to see Divinity behind every Living Being before we can be allowed to walk in Both Worlds.

Here are my observations on the necessary qualities and steps towards developing a greater-than-normal perception. 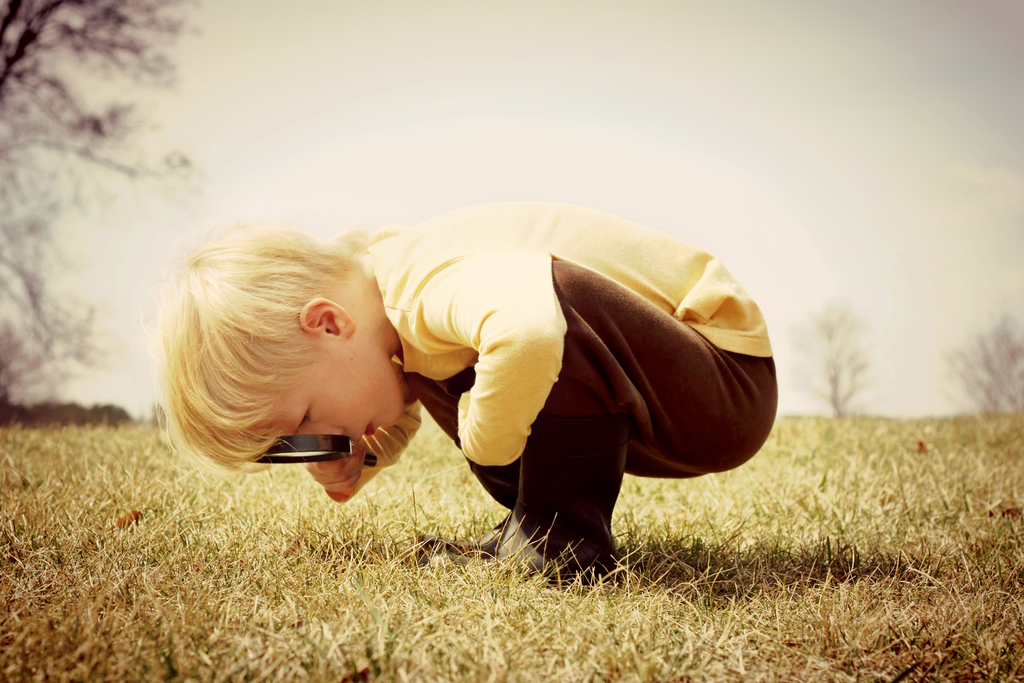 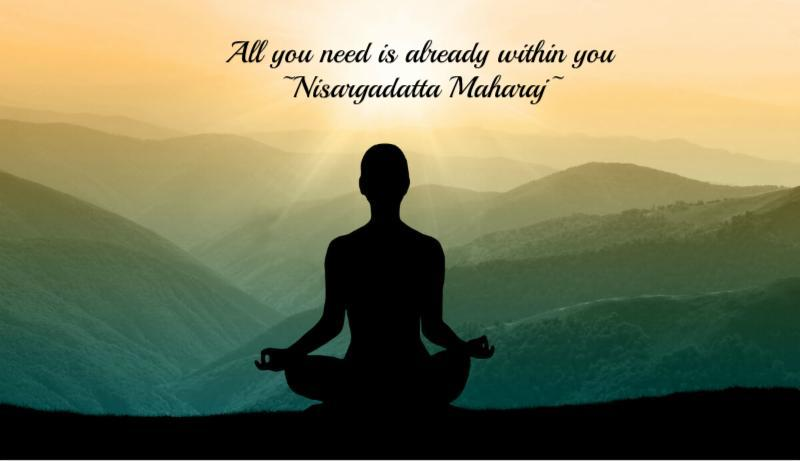 In my work I am asked to act as a psychic medium on a regular basis.  This means that a living person (the client) asks me to act as a “medium” between them and someone who is no longer alive.  There are two styles of mediumship that I am familiar with, let us refer to them as “active” and “passive”.  The active style involves a psychic that is actively conversing (in a manner of speaking) with the consciousness of the target being and is then relaying the results of this conversation to the client.  The passive style involves the psychic becoming effectively unconscious and giving up control of their body to the target being in a form of temporary possession.

In my practice I employ the “active” style.  This is a personal choice, but I feel that remaining conscious, thereby retaining my ability to discern, is paramount.  It is this discernment that is the focus of this article. 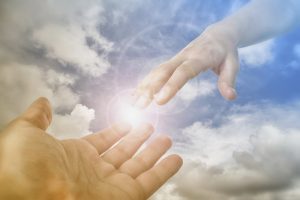 The typical mediumship client expects to talk to their deceased loved ones immediately.  This is not too different from the typical owner expecting their car to get fixed when they bring it to a shop.  What the owner does not expect to hear back is “I’m sorry, that’s not possible in the short term.”  Even if the engine was blown to bits that are now evenly distributed over the interstate, the non-technical owner will still expect prompt and convenient results.

So when a hypothetical client named Anne asks to speak to her favorite uncle Jimmy, she does not wonder whether Jimmy is currently available to talk.  Understanding this part of the equation requires some agreement regarding belief systems.  Does Anne subscribe to the Judeo-Christian single-lifetime worldview?  Does she believe in infinite (or even fixed-count) reincarnation?  Understanding reincarnation will make the conversation easier.  The reason this is important is that it raises a not-so-obvious question: What is uncle Jimmy doing when I try to establish communication with him?

The way I see it, there are several possibilities for Jimmy.  Let’s name a few.

This is by no means a complete list, but you can already see that it would be unwise to assume that you can always get in touch with any deceased consciousness.  Yet I will try, and, interestingly, there are multiple possible outcomes:

So how do I tell Anne that Jimmy is now Roxie who will not be chatting with her today because she’s on a date and couldn’t possibly hear me over the chatter of her busy mind?  I start by telling the truth using option 3 above.  Some people accept this, but here is what happens otherwise.  Anne then tells me that I’m a crackpot medium because she feels Jimmy’s presence all the time, and when she went to see another medium just last month she had a pleasant conversation with him!  Will Anne believe me when I explain that this is because of option 2 above, that the being she’s been sending love to is simply an energetic leech that responded to her call?

Would she want to believe that?  I’m guessing not, and this is why many psychics will tell their clients only what they would want to hear.  I still tell the truth, but I’ve learned to gauge how gently it must be delivered to each individual.  In the end, I believe that Anne would be better off leech-free.